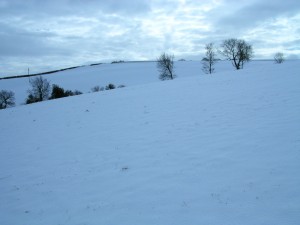 When the majority of your clients are in Sweden and Finland, it is slightly awkward to have to explain that an inch of snow means you have no electricity.

This was two weeks ago now. Fortunately I’d e-mailed the only job due out for the day at 8.30 when the power went off at 9, and I was in the part of town whose power lines were mended by late afternoon, not the bit that didn’t get fixed for three days.

All the snow has since vanished and life has returned to normal but it was quite a shock to realise just how much my business depends on power.  Of course it does, it’s obvious, but you do rather take it for granted until the moment it all suddenly disappears. No computer. No internet, no e-mail, and therefore complete inability to work. No landline either, until I climbed about in the loft and dug out an old phone that doesn’t need to be plugged in. All I could do was phone a colleague who e-mailed a couple of clients to tell them I was out of action, and go sledging instead. I made up the time lost on the long-running jobs over the following weekend.

Things that would have helped had I thought about it in advance:

3 thoughts on “Back to the dark ages”